Angela Wesley, ICD.D, is a partner in Wes-Can Advisory Services. Since 1992 she has provided advisory and facilitation services to First Nations and other governments throughout British Columbia in the areas of strategic planning, land management, community development, communications, community engagement, and governance capacity building and development.  A highlight of Angela’s career over the past 25 years has been her role as an active participant on the team that worked to negotiate and ratify and is now implementing the Maa-nulth Treaty which resulted in her own First Nation (Huu-ay-aht) and 4 others becoming self-governing as of April 2011. She continues to participate in actively implementing the treaty with Huu-ay-aht and represents all 5 signatories to the treaty on the tripartite implementation committee with BC and Canada.

She has been the Board Chair/President for the Huu-ay-aht First Nations Group of Businesses (Fisheries, Forestry, Gravel, Hospitality, Lands, Management, Market) since 2012 and currently serves as a Director on the Board of Technical Safety British Columbia.  She has served as Speaker (Legislative Chairperson) for the Huu-ay-aht First Nations Legislature and Annual People’s Assemblies and has served on a number of Boards including the Royal British Columbia Museum, the New Relationship Trust and as Chair of the Board of Governors for the Nicola Valley Institute of Technology.

Angela has been invited to share her experiences with other First Nations in British Columbia, as well as nationally and internationally.  She resides in her husband Gerald’s traditional territory of Kitsumkalum in Terrace, BC and enjoys the company and teachings of her 13-year old grandson, Drakon. 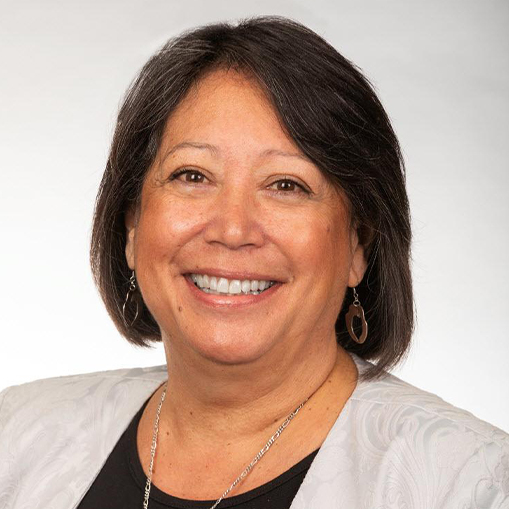